UnasBeatz whose real name is Unas Asare is a Ghanaian-Spanish-based music producer born to Mr Daniel Asare and Mrs Shakuur Pokuaa in Techiman on 22 October early nineties. Asare was born in Ghana and hails from Techiman but studied, works and lives in Barcelona, Spain.

Talking with MrrrDaisy, UnasBeatz revealed that, Music was his thing even when he was a kid. He could feel and understand the concepts even though he was not mature enough. Unas met a friend back in Institut Joan Oró, Barcelona who was also into music, he visited this friend in his home one time and got introduced to a Digital work station(DAW) called FL studio.

His friend left the room to do something outside for a few minutes and returned only to see Asare working his magic behind the computer. Seeing his enthusiasm, his friend decided to give him the basic knowledge of the whole FL studio concept. Days later he returned to the same friend with more than ten well produced and engineered beats. That was when he knew he had the skill and decided to go pro with it.

Unas prefers not to limit his art or creativity, but he is more into Afrobeat, Trap Beat, Drill Beat Reggae, R&B, and Afroswing. Unas has had the privileges to work with some good up and coming artists such as Kobby Dash, Mununkum, and Bonjour, and also with the hottest rappers out now, Amerado, Big 6 Cypher which was hosted by Mr Aborga and Dj Bibini. He also released his singles “Trust Issues” and “Balling” a few years ago which featured Amerado and Mununkum. His first project out of the six was “Lembey” which was released in 2015 and featured Kulli Jay.

Professionally, Unas has been producing music for the past 6 years and he boldly states, that listening to his own works inspires him a lot. Kayso from tema also inspires him a lot because of how the beat was composed, tone selections and all the way to the mixing. Unas looks forward to building a solid network globally and creating something unique. His hobbies are watching movies, driving, going to the beach, football, and reading about anything with good information and currently works as a Tender Manager in a Multinational Company in Spain. 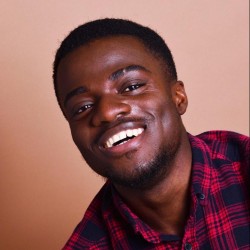